Top 40 supplier Hit Promotional Products (asi/61125) in Largo, FL, has announced that C.J. Schmidt has been promoted from President to President and CEO, and Eric Shonebarger, formerly Hit’s CIO, is now the company’s Chief Operating Officer. 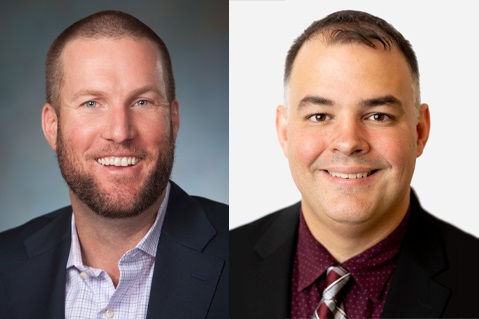 A recurrent member of Counselor’s Power 50 list, Schmidt has worked full-time at his family’s company for the past 16 years. His mother Liz is the former CEO, while father Bill Schmidt, who passed away in 2016, was the CEO and owner.

“I’m anxious to start a new chapter,” said Schmidt in a statement, “and if we act up, Liz and big guy upstairs will certainly put us in our place.”

Shonebarger was named Counselor’s Technology Executive of the Year in 2017 as CIO of the Top 40 firm, after overseeing efficiency improvements and expansion into new product categories that contributed to Hit’s doubling its revenue over five years. He began his career with Hit over 15 years ago.

“Eric is a one-of-a-kind find in this business, and quite frankly any business,” said Schmidt in a statement. “What he’s done for the advancements in the technology for our company, and industry as a whole, is truly remarkable, but that’s not where Eric’s talents stop. Eric is kind, generous, ethical and, most importantly, extremely humble despite all his accolades and achievements. … [We] could not have a more qualified individual to take Hit Promotional Products to the next level.”

With 2019 promotional products revenue of $495.7 million, Hit ranks sixth on Counselor’s most recent list of the largest suppliers in the industry.